I’ve got to write this in English. Not only because friends and colleagues in Abu Dhabi have asked, begged and encouraged me to do so several times. It’s simply because Azwan doesn’t speak any German, thus making it impossible for him to understand any of my usual writing.
And Azwan plays an important role in this post. Some of you might remember him from earlier entries, especially in my initial Blog Wüstenspuren (Desert traces). He and I joined Etihad Flight Safety pretty much at the same time, consequently becoming team members in the small Flight Data Monitoring group. After our boss André Zbinden was diagnosed with brain tumor in early 2009 it was Azwan who took over his duties and continued to do so until today. Born and raised in Malaysia he used to fly for Malaysian Airlines before joining Etihad in 2005.
Together with his wife and the four kids he lives in the exact same building in Delma Street where our family spent the fifth and final year in the UAE. Azwan also happens to be a Boeing 777-Captain, who – besides running the Flight Data Monitoring Department – is more than happy to go on a flight every now and then. Chicago is one of his favorite Destinations. And by pure chance Azwan and I got rostered for the same destination at the very same day. That’s close. And even closer: his 777 touched down only 3 minutes after our A343 did, however, not on the same runway. After all O Hare International offers 7 different options.
The Etihad flight was also a bit longer than ours. 14.40 hours compared to 9.15 hours seems like adding an extra lap to an already annoyingly long flight.
Anyway - had we tried to plan this, we probably would have failed…
Azwan and I never stopped exchanging our rosters and thus realized the coincidence already a few weeks ago. After sending out a few text messages while the bus driver was trying to escape the dense evening traffic into the city, arrangements for the evening were made. The fact that Etihad and Swiss crews are staying in the same hotel made it very easy to meet.
Getting off the bus at the hotel I already bumped into two Etihad pilots belonging to the outgoing crew who were smoking in front of the entrance. Lots of “Heys, hellos and how are yous” were thrown around. Surprise, surprise – “Something is different. What uniform are you wearing…?”
Only minutes later Azwan and his crew arrived as well. Good for me; Finally I was able to get rid of my plastic bag full of Swiss army knives and gold bars. All made of pure chocolate. What a combination of our allegedly traditional values: Wealth and chocolate!
Then we started focusing on rather American specialities: Burger, BBQ Chicken, Fries. And beer of course: however, not for everybody.
I enjoyed an evening in the company of Azwan, his British First Officer, a Bahraini Captain as well as the Algerian Cabin Manager (He was a she!). It felt like I was thrown back to my Etihad years: a mixture of different English dialects, a clash of five different nationalities and cultures. We got along well.
On the way back to the hotel I took a little detour and stopped at the Cheesecake Factory on the bottom of the John Hancock Building to get my mandatory slice ofWhite Chocolate Caramel Macadamia Nut Cheesecake. The real one. I carried the little plastic box with the tempting content with utmost caution to my room. Having arrived there I switched on the TV, made myself comfortable on the Kingsize bed and plunged the brown plastic spoon deep into mountains of whipped cream, layers of cheesecake and tons of calories…
The cake was heavy, still I managed to eat an omelet and some pancakes for breakfast the next morning. It was just Azwan and me, sitting at the corner table in the Pancake House, only a few blocks away from the hotel. Between old stories and shady rumors, reality and fiction, past and future (where the hell is the hear and now...?) we managed to get a bite every now and then. We flushed the food down with American coffee which, in a way, tasted like water or any American light beer: thin and watery. Nothing more than a stomach teaser, being forgotten within seconds. Like a bad joke but unlike our amicable meeting in the city being linked to the famous Godfather: I think it was the very first time that I saw Azwan wearing a sweater or a coat.
After all – Chicago is not Abu Dhabi. And I am not Al Capone. 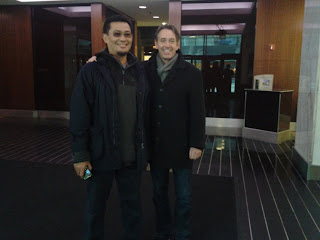 Quote of the week

Science has not yet mastered prophecy. We predict too much for the next year and yet far too little for the next ten. 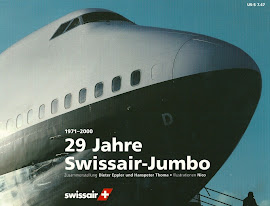